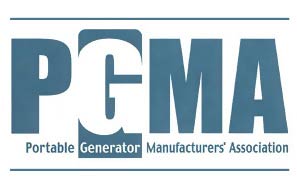 PGMA is a trade association that promotes safety and performance standards for its industry’s products. One of its signature initiatives is the Take it Outside™ campaign, which educates consumers on the safe use of portable generators.

Portable generators are a valuable tool in emergencies and other situations; however, they are potentially deadly because they give off carbon monoxide fumes. It is vital they be operated outdoors—in open air, away from buildings, doors, and windows. PGMA sought its first-ever social media program to share the Take it Outside campaign, which educates on proper portable generator usage with the goal of saving lives.

Most accidents involving portable generators occur during major storms, such as hurricanes, when people can lose power for prolonged periods of time. For that reason, Cunningham Baron developed a proprietary technique to track major power outages across the United States in real time and then geo-target those affected areas on Facebook as storms were happening. We adjusted demographic filters to target a male audience, as they are more likely to be the ones operating portable generators. 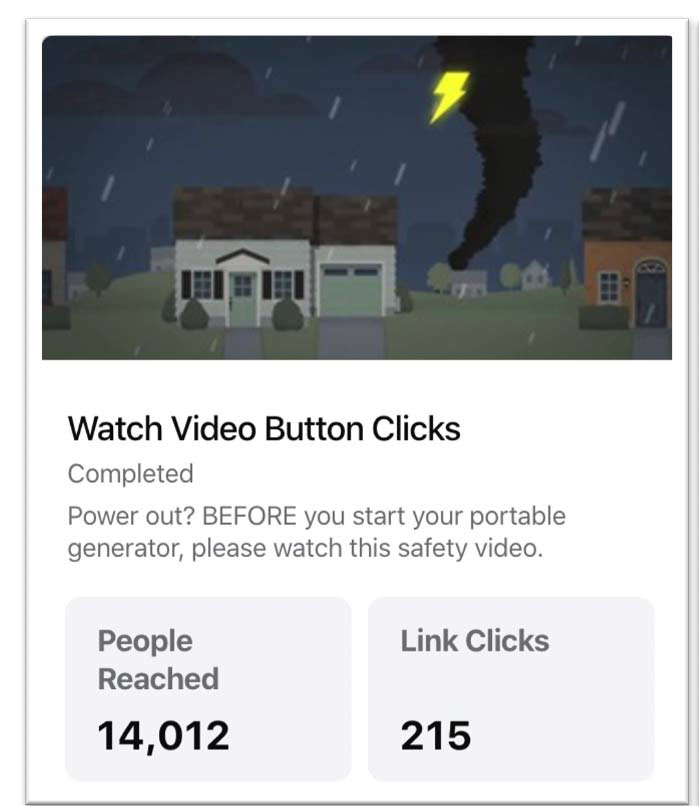 This snapshot shows that a two-day campaign reached 14,012 people, with 215 of them clicking on the video. The budget was a scant $100.

In a year’s time, PGMA’s Facebook following grew by 3,664 followers.

Total audience reach for the Take It Outside video promotion was 70,967, with total link clicks for the video at 699.